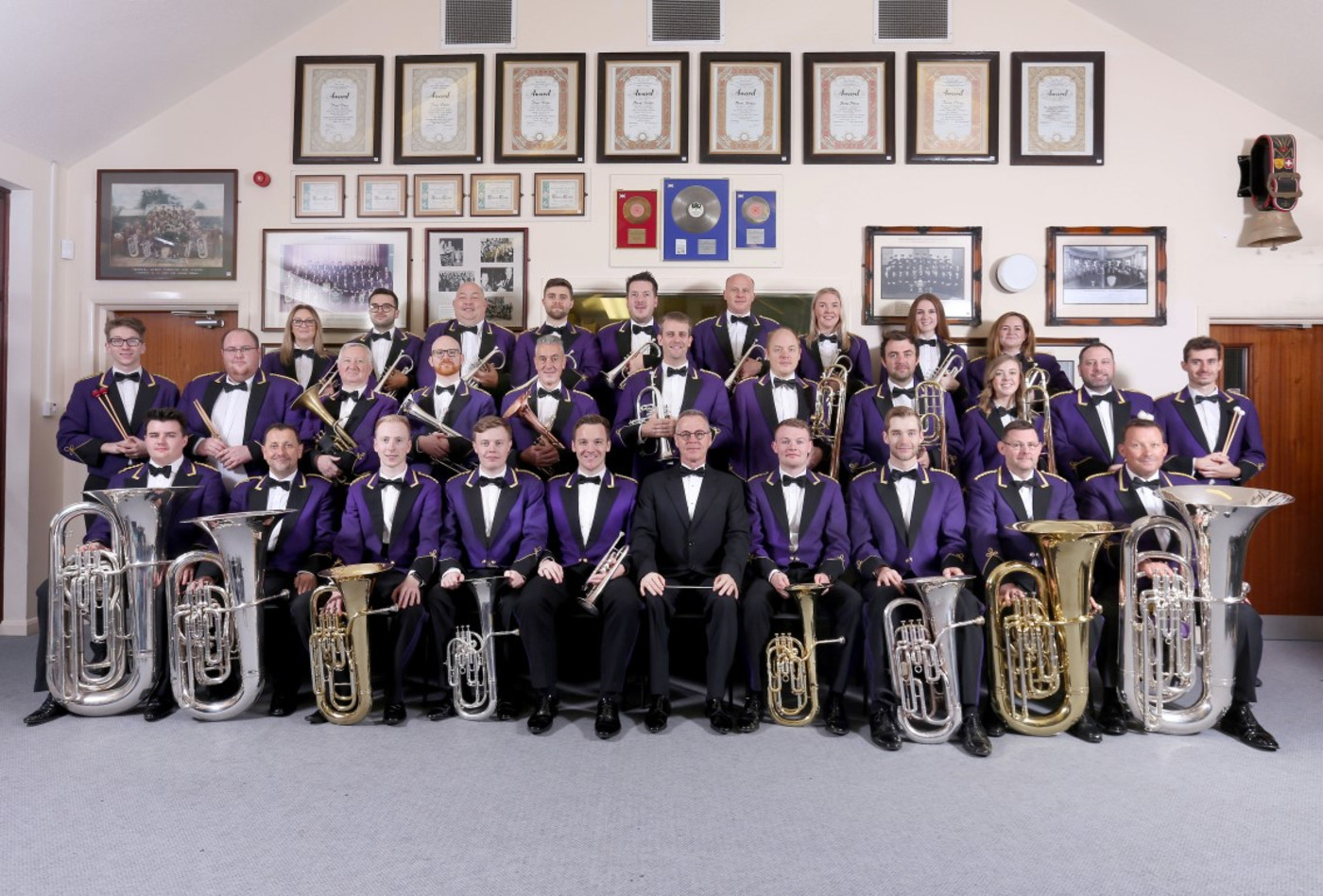 The Brighouse & Rastrick Band, based in Calderdale, West Yorkshire, is one of the most famous brass bands in the world, widely regarded as the best and most consistent public subscription band. In its time, “Briggus” has won most of the premier brass band championships, most recently becoming National Champion Band of Great Britain in 2017, whilst the band has also attracted a formidable reputation for highly entertaining concerts, for both the everyday music fan and brass band connoisseurs alike.

Ever popular, they caught the ears and imagination of the British public with their recording of The Floral Dance, holding the No.2 position in the British singles chart for 9 weeks. Even though they were held off the top spot by Paul McCartney, they still achieved sales of over a million, earning both Gold and Silver discs.

Over recent years the band has been engaged in a number of very successful music collaborations, outside the brass band tradition, including UTSf’s very own Kate Rusby, BBC Radio 2 Folk award winners The Unthanks and classical actor Simon Callow. Formed in 1881, no other public subscription band has held such high status for as long as the Brighouse and Rastrick Band.