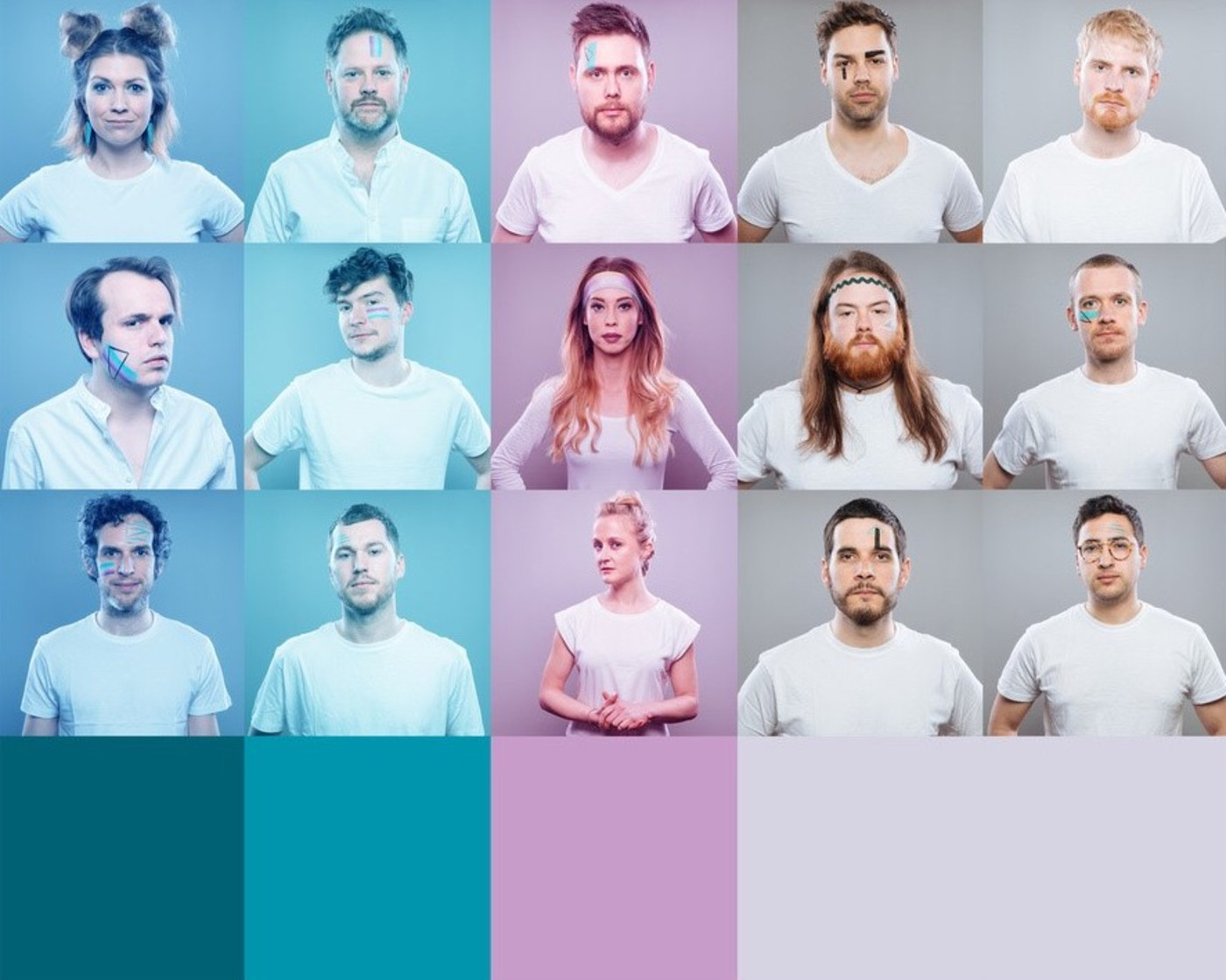 Pendevig, a brand-new 20 member-strong juggernaut starring some of Wales’s leading players & dancers is the new exciting project aiming to push the boundaries of traditional Welsh music.

The band released their first single – ‘Lliw Gwyn’, on their own label Synau Pendevig, and was chosen as BBC Radio Cymru Track of the Week back in May.

The project has been supported with funding from the Arts Council of Wales. Pendevig boasts some of the folk scene’s best musicians and performers, and the band could easily be dubbed a ‘supergroup’.  All five members of Calan are involved – Angharad on violin, Bethan Rhiannon on vocals and accordion, Sam Humphreys on guitar, Alice French on harp, and Patrick Rimes on the violin, pibgorn, whistle, synths and piano. The other members are Gwilym Bowen Rhys (Plu/Bendith), Iestyn Tyne (Patrobas), cellist Jordan Price Williams (Elfen/Vrï), fiddler Aneurin Jones (Vrï), double bassist Aeddan Llewelyn, and accordionist Jamie Smith and percussionist Iolo Wheelan (Jamie Smith’s Mabon). The brass section consists of Greg Sterland (tenor saxophone), Jake Durham (trombone) and Ted Smith (trumpet).

Although folk music is what comes naturally to most of them, Pendevig is far from a folk project. “Traditional music is certainly at its core, but influences such as jazz, funk, drum’n’bass, rap, rock and pop transform the music into something else altogether,” said Angharad. “Our aim is to attract a new type of audience to traditional music, and create something that celebrates the incredible resurgence in the folk music scene in Wales over the past 5-10 years. ”

But Pendevig have their sights set further afield than Wales alone, and plan to take this new and exciting music to the world – starting with the Festival Interceltique de Lorient, in Brittany, where they performed a few days before their performance at the Eisteddfod. Angharad said: “I had seen what other countries had done at the Lorient Festival in the past – The Usual Suspects when it was Scotland’s year, for example, combining jazz instrumentation with traditional folk instrumentation. And I wanted us to have a chance to explore different genres and create an unforgettable show at the festival.