DANNY & THE CHAMPIONS OF THE WORLD 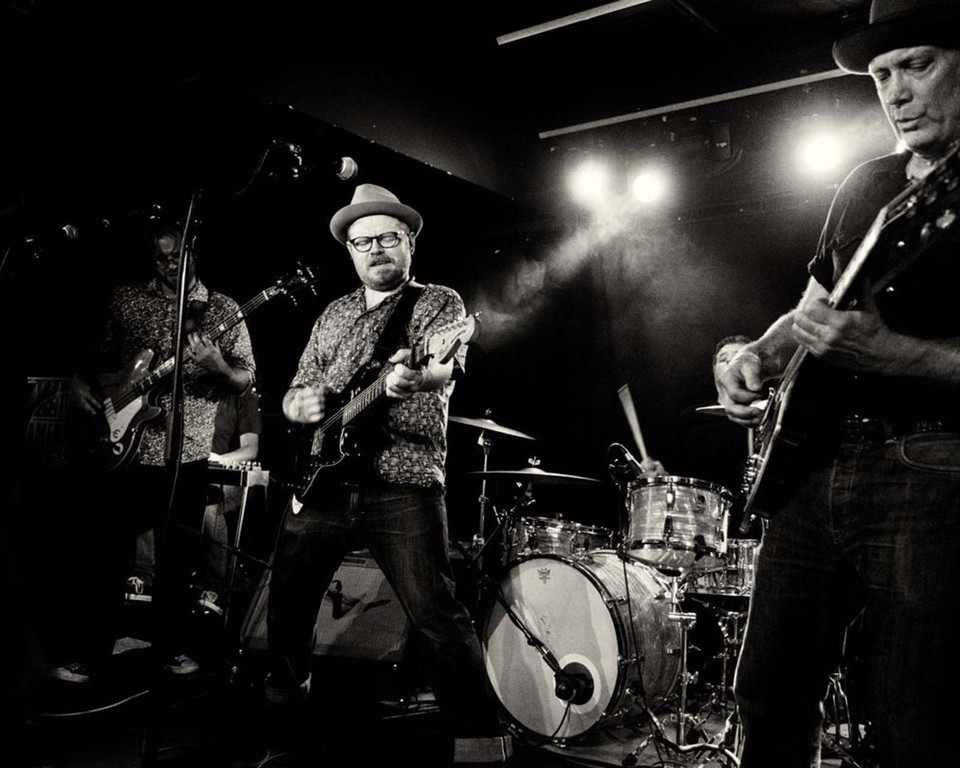 DANNY & THE CHAMPIONS OF THE WORLD

Here come Danny & the Champions of the World writing themselves large, giving themselves the space, and taking the time, to deliver a magnum opus. With Brilliant Light Danny Wilson has made his All Things Must Pass – a big record of hit after hit stretching over two albums plus a further bonus set of instrumentals. He’s allowed both himself and his band the absolute freedom to explore, experiment, and collaborate, and they’ve grabbed it with both hands. Hidden away somewhere in this diverse collection you’ll find the question “can we release ourselves back into the brilliant light?”. For Danny the brilliant light is creativity, but more than that it’s collaborative creativity, and the process of birthing these songs, both by design and then serendipity, has been to maximise the creative potential of all The Champs.

The two previous Champs collections Stay True (2013) and What Kind Of Love (2015) were recorded in intensive ten day stints. The songs written and rehearsed, the musicians gathered in North London at bassist Chris Clarke’s Reservoir Studios and tracked everything at one fell swoop. This time around Danny wanted something different allowing an all-encompassing view of what the band was capable of. They started going into Reservoir once a month, recording what they had live, without too much reflection or correction, and then putting those results in a box and leaving them be. Every month saw a scramble to find songs to record requiring an encouragement to every band member to bring something to the table. Writing with guitarist Paul Lush for What Kind Of Love had proved liberating to Danny who’d rarely co-composed since writing with brother Julian for his previous band Grand Drive. It was exciting and rejuvenating. Scary too but reawakening, and so he’d repeatedly be asking, “have you got an idea for a song?” and as the months passed and the cache grew more things were tried; different configurations, other collaborators, and along the way a cluster of instrumentals arrived too.

Of the eighteen songs here only ‘Waiting For The Right Time’ is solely composed by Danny; personal philosophy, reflections on Ronnie Lane, and a paean to neckerchief rock all rolled into one. It’s the same spirit imbuing his music-making all the way from the early Champs barn shows in rural Oxfordshire with cider and painted faces; it found particular expression on Streets Of Our Time (2010) but burns through Brilliant Liight just as strongly and shows up in the singalong ‘Everything We Need’. Chris Clarke co-wrote that, and with John Wheatley of The Suburban Dirts came up with the soulful Arthur Alexander-ish ‘It Hit Me’. Guitarist Paul Lush provided ‘Never In The Moment’ – a hard-hitting number with a lot of brass and something akin to The Band doing ‘The Weight’ with The Staple Singers. The beautiful ‘Coley Point’, one of Danny’s personal highlights, sees him set a tune to words by Caught By The River‘s resident poet Will Burns. ‘Bring Me To My Knees’ and the cryptic ‘The Circus Made The Town’ are both co-writes with James Yorkston, while Polly Paulusma and Carra Bacon contribute to ‘Swift Street’. Deeply personal and inspired by three family photographs; Swift Street in Melbourne is where Danny’s mother grew up, and where in childhood he stayed with his grandparents. The song is near-Proustian in its recall of smells and tastes of past days.

You can’t overstate the importance of family and friends to Danny. It was surely, in part, a kind of loyalty to Julian that he didn’t co-compose for so long after the demise of Grand Drive; certainly until now, and Andy Fairclough’s arrival, there had been no specialist keyboard player in the Champs. Andy brings a Mod sensibility, a jazz grounding, and a fearlessness to the band. He plainly pushes Paul Lush, already a key improviser in live performance. You see them raising the bar for each other in the run-outs of two of the longer songs; ‘Consider Me’ and ‘ Gotta Get Things Right In My Life’. Giving them free rein and allowing them the space to show what they regularly do on the stage was another reason for the extended format, though it’s not entirely coincidental that The Allman Brothers, and Al Kooper and Mike Bloomfield, have been much on Danny’s turntable over the last year or so. Thus Brilliant Light is shone on a year in the life of the Champs and all the pieces are seen in play; Chris Clarke on production duty, and with Steve Brookes comprising the formidable rhythm section. Geoff Widdowson still blowing on that alto sax, and Henry Senior Jr ensconced on the pedal steel. Robin and Joe Bennett from The Dreaming Spires, Siobhan Parr, Danni Nicholls, and Treetop Flyer Reid Morrison all singing along, and from time to time a pair of brass players (Gram Canyon and Craig Chapman) and another sax (Helleanor Fitt).

The Champs are understandably proud of what they’ve achieved. Chris Clarke says outright it’s the best record this line-up has come up with so far, while for Danny it’s “a bit like taking a peek into somebody’s house; there’s great stuff that immediately grabs your attention, and then there’s other stuff and you start out thinking it might be a bit mundane but as the whole picture takes shape it proves to be incredibly beautiful”. That’s typical Danny Wilson, a brave stab at modesty but far too honest to sell himself short. He and his band are already much loved; for their whole-hearted openness, their democracy, and their sheer joy in what they do. They’re going to be loved too for this record. Very soon Brilliant Light will be the soundtrack to an awful lot of people’s lives, and that is no small achievement.

“a band that seem to be getting better and better and more soulful with each release” Gideon Coe, BBC 6 MUSIC

“Album of the year?” FATEA MAGAZINE