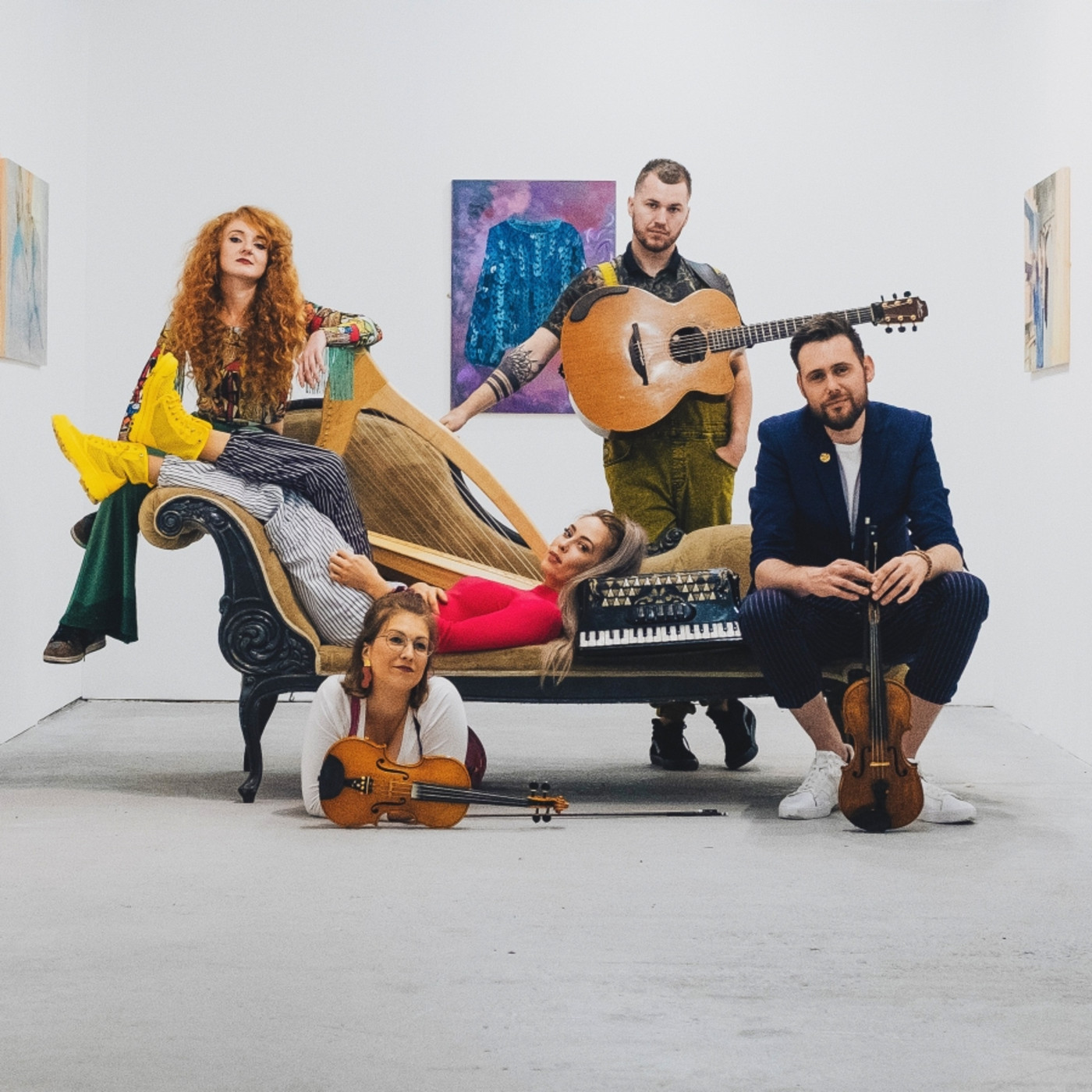 CALAN are a multi award-winning Welsh folk band comprising of five virtuoso musicians formed after they met at a folk music course in Sweden. They won international acclaim at the world-renowned Inter-Celtic Festival in Lorient, France, where they would eventually become the first Welsh ensemble to win the coveted International Band Trophy. In April 2019, they were voted Best Band at the inaugural Wales Folk Awards.

Credited for their sparkling melodies, foot tapping tunes and spirited and energetic performances of Welsh step dancing, they’ve taken Welsh traditional music to international audiences. Highlights from the last 10 years include performing at the Royal Albert Hall with Bryn Terfel and Sting, singing in the rain at the Borneo Rainforest Festival and performing to 25,000 people at the coveted Cropredy Folk Festival. They’ve toured Italy, Austria, Belgium, Denmark, Australia and the USA.

In 2019 the band collaborated with the National Orchestra of Wales and l'Orchestre Symphonique de Bretagne, with Calan’s Patrick Rimes arranging a suite of five peices inspired by the band’s research of traditional songs and tunes collected by the great folklorist Meredydd Evans and now housed at the National Library of Wales.

“…there’s nowt as dear as folk – especially when played with the grace, daring and sheer joy this multi- instrumental five-piece bring to a winning selection of reels, jigs and hornpipes”  THE MIRROR

“Folk just got a kick up of the Noughties… ..stunning use of instrumentation, gorgeously crafted songs, sprightly foot-tappers, verve and raw excitement”  BELFAST TELEGRAPH