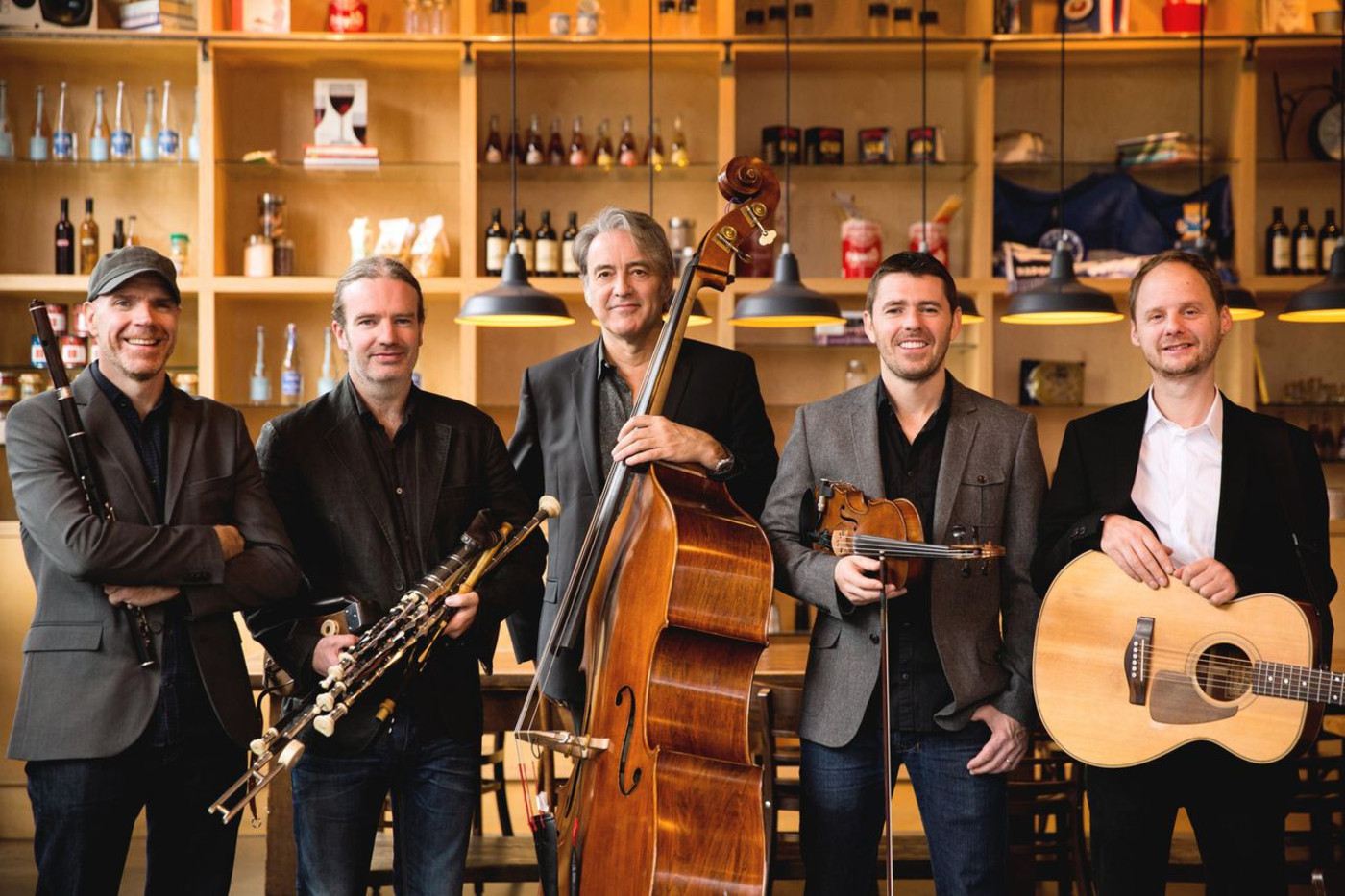 Ireland’s #1 instrumental traditional music legends, Lúnasa are internationally acknowledged as being the finest traditional Irish instrumental band of recent times, and are one of the most treasured Irish acts around today.

Their inventive arrangements and bass driven grooves have steered Irish acoustic music into surprising new territory. Their recordings have been hailed as some of the best and most important world music albums anywhere, while their blend of intelligence, innovation, virtuosity, and passion has brought them to the forefront of Celtic music.

So far, the band internationally have sold over 200,000 records and boast an impressive back catalogue of 8 highly acclaimed studio albums. Lúnasa’s new album ‘Live with the RTÉ Concert Orchestra’ is a glittering collection of tunes sparked from a one-time collaboration with Ireland’s treasured national orchestra. The result is simply mind-blowing.